Coffee before workout, yea or nea? 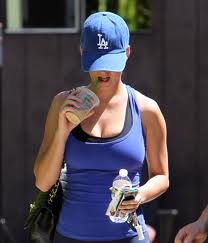 How many time have we encountered a picture similar to this one on our way to the gym? Women rushing to Starbucks to gulp their coffee before their yoga class starts? How many people told you "drinking coffee before working out gives me a better workout"? Or "coffee makes you loose weight faster"? But is it true? is coffee that good?
Mostly women but also some men are convinced, coffee is good before going to the gym... 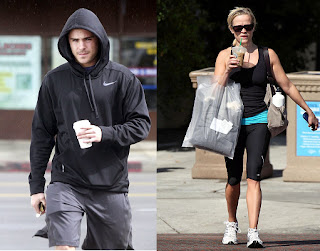 What is true and what is a myth?
Just by passing by a coffee shop in the morning you see how many people need their morning fix. Nothing can replace a double espresso in the morning. Most people in line at the coffee shop are looking for a grande-no-foam-double-whipped-extra-shot-no-fat latte to boost them in the morning so why wouldn't it do the same before the gym? Unfortunately the science behind this is very uncertain, a lot of coffee production is controlled by different mafias all around the world, and not many scientist want to question the product, just like cancer treatment that were reviled years after their discovery to make sure chemotherapy doesn't stop. Regardless some scientific facts are a little too obvious to hide.
As you know the main ingredient of coffee is caffeine, a nervous system stimulant. It blocks adenosine, a neurotransmitter that normally causes a calming effect in the body which results in a high release of adrenaline. Heart rate increases, your pupils dilate, your muscles tighten up, and glucose is released into your blood stream for extra energy. So obviously it should help in the gym right ?
Studies has shown caffeine has in fact a positive effect on athlete performance, specially endurance. The heart rate is up, blood is pumping and you are ready for a 10k run (or less...). Further studies also showed that  caffeine has no effect on anaerobic activity. So coffee improves your endurance on that same day but reduces the creatine level in your body which makes you weaker.

Despite the positive effect of caffeine on performance you should consider a few other things before you make it a pre-workout routine. 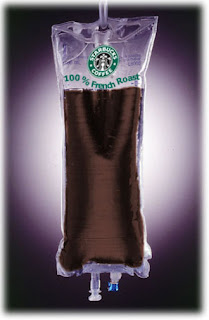 The restlessness, headaches, irritability, elevated heart rate and blood pressure that some people experience after drinking coffee are not to be ignored, they dont come out of the blue! The long term effects of consumption of caffeine before physical activity is dramatic. First it increases stress, the neurotransmitters in your body need to be at rest or a constant state when working out to get the full benefit of the workout. In addition those stressed neurotransmitters will decrease your reaction time and visual stimulation. On top of all that caffeine is a diuretic and causes a loss of fluid, which then leads to a dehydration, which is obviously bad for resistance training. Dehydration makes it impossible for your body to deliver the nutrients to the muscles needed to facilitate muscle growth.
Now for those trying to loose weight, coffee stimulates appetite, which could be very frustrating when trying to stick to a strict diet. It flushes the insulin in your blood and triggers the feeling of low blood sugar. Also, it increases cortisol levels which increases the build up of fat in the abdominal area. The last thing I want to mention is, we don't burn a lot of calories during the workout nor do we build up muscles or increase our physical abilities. It is during the night sleep after the workout that the body looses the most calories, increase performance and grow the muscles when it's trying to recover from the workout. Which leads me to the effect of caffeine on your sleep. A 200mg of caffeine at 4pm can stay in your system till 4am, even though you'd be able to sleep, your body will not go into a restful state of deep sleep which is required for the goal of your workout.

To conclude while caffeine might allow you to perform better in one workout the down side are as dramatic as making your workout pointless. Caffeine doesn't make your body stronger, it tricks your mind into thinking it's not tired or that it could do more on the short run. It is very bad for weight loss and it can be very dangerous for dehydrated athletes.

Enjoy your coffee everyone, I am enjoying mine as we speak :)