Take your tropical island where ever you go

Have you been trying to escape to a tropical island? Things are getting in the way? University, work, family, finance... Well what if I told you someone can sail their own island where ever they want.
That's the concept behind the "Tropical Island Paradise" superyacht, whose designers say it was "inspired by the islands of the Caribbean, Indian Ocean and Polynesia." 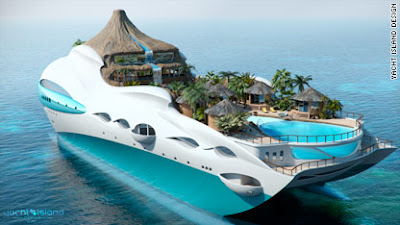 To give it that complete Tiki-island feel, the vessel -- still at the design stage --features its very own volcano as well as a "beach cove" deck with a large swimming pool, fed by a stream emanating from a cascading waterfall.
If this isn't enough, the deck also includes private cabanas nestled between palm trees, a bar area, and a helicopter landing platform.
Floating "beach islands" can also be deployed from the rear of the yacht, providing a "sea level platform" from which guests can play or relax by the water.
Accommodating 10 people, if built, the superyacht would reach an overall length of 90 meters, powered by a diesel electrical power plant and reach a maximum speed of 15 knots.
But don't pack your Hawaiian shirt just yet. When asked if there were any plans to actually build the yacht, director of Yacht Island Design Rob McPherson said it was "pursuing a number of leads."
"These are pretty inventive designs. That's exactly what we are about," he said.
"We are offering a design service to the client who feels they need something a little different and unique. Granted, it won't be to everybody's taste but we feel there is a niche in which we comfortably fit." 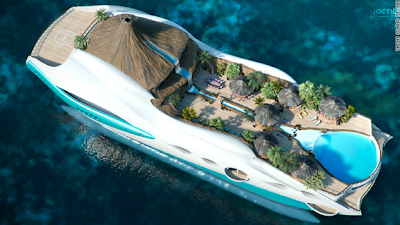 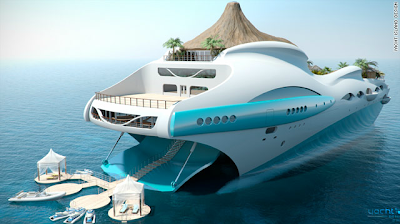 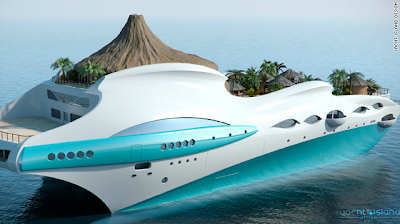 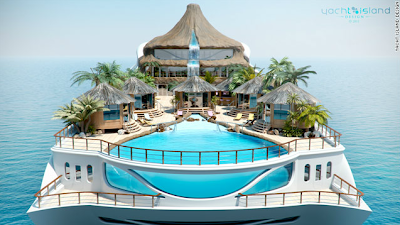